Enjoy by ZOOM Lama Tenpa’s teaching on June 11 – 12 in Rotterdam
“Buddha Nature – The Shentong approach of Emptiness”
hybrid, English: Saturday and Sunday from 10 -12 am and 2 – 4 pm CEST.

With great pleasure we would like to inform you that Acharya Lama Tenpa Gyaltsen will come to Europe for a few weeks in mid-May at the request of Dzogchen Ponlop Rinpoche and give profound teachings in various cities.

Acharya Lama Tenpa Gyaltsen was born in Nepal and entered the monastery at the age of thirteen. In 1981, he began studying with Dzogchen Ponlop Rinpoche at Karma Shri Nalanda Institute of Rumtek Monastery in Sikkim, India. Lama Tengyal completed his studies with the title of Acharya. He then taught Buddhist philosophy there for two years. Under the guidance of Khenpo Tsültrim Gyamtso Rinpoche, he then participated in a three-year meditation retreat at Pullahari Monastery near Kathmandu. From 1997 to 2004 Acharya Lama Tenpa Gyaltsen was resident lama at the Theksum Tashi Chöling Center in Hamburg. Since 1998, he has been one of the main teachers at the Nitartha Institute for Higher Buddhist Studies, founded by Dzogchen Ponlop Rinpoche in 1996. For many years he also taught as a professor of Buddhist studies and Tibetan language at Naropa University in Boulder, Colorado.

Here is the overview of the dates. For further details and registration please contact the organizers directly! Subject to change!
For more information on the whole tour please go to:
Join Acharya Lama Tenpa Gyaltsen (Online) during his Europe tour – Nalandabodhi International

This enorollment is for ZOOM attendance of Lama Tenpa’s teaching on June 11 – 12 in Rotterdam
“Buddha Nature – The Shentong approach of Emptiness”
hybrid, English: Saturday and Sunday from 10 -12 am and 2 – 4 pm CEST.

The teachings in this weekend will be focusing on the different aspects of Buddha nature. This will be explained from different perspectives: the Yogachara view, the Uttaratantra text and the progressive stages of Emptiness (focusing on the Shentong approach).

The teachings will be on site in Rotterdam, Netherlands for members of Nalandbodhi Netherlands. The fee will be 50 euros for attendance on Zoom. 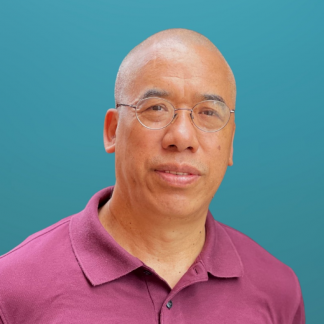